Hyperreality and simulacra are some of the most perplexing and sometimes ludicrous theories in the postmodernity area of media studies. Although when correctly understood, they can reveal a new dimension of postmodernity in which the very structure and creation of reality it critically dissected. Power and control are the underlying concerns of theorists in this framework. Although, they are not invested in the control of individuals or societies, but the control of reality itself. Reality, what constitutes it, and how its controlled is the foundational concern of theories within hyperreality and simulacra.

Hyperreality and simulacra evolved out of the postmodernity theoretical theme. Postmodernity refers to social, economic, political and technological changes that have marked the transition from modern to postmodern ways of life. There are five aspects of postmodernity described by Dominic Strinati, a sociologist and author focusing on popular culture and media at the University of Leicester. These are, the breakdown of the distinction between culture and society, an emphasis on style over substance, a breakdown of the distinction between high art and popular culture, and the decline of metanarratives (Laughey, 2007). The theory of hyperreality and simulacra stems directly from the theoretical framework of postmodernity. 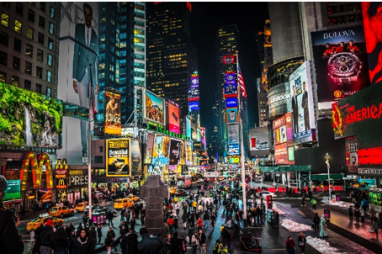 Jean Baudrillard (1929-2007), was hyperreality and simulacra’s main theorist. Baudrillard was a French sociologist and philosopher from the greater part of the 20th century. His theories were descendant of Marxist theories, although they broke away in an attempt to describe postmodern society. The goal of this departure is to account for postmodern consumer and media culture. In which its images have become more real than physical reality (hyperreality) and its simulations of reality have replaced their originals (simulacra) (Encyclopædia Britannica Online, 2007). According to Baudrillard, there is an excessive amount of these media images and they have ushered society into a new age, an age of third order simulation. Third order simulation is simulation where signs do not represent the real, but only hide the absence of reality. Connection does not exist between reality and its representations, therefore hyperreality is produced (Laughey, 2007). Baudrillard believed that postmodern America had escaped meaning therefore ushering it into a new age of the hyperreal. Baudrillard claims an extermination of meaning within this hyperreal America. There is no hidden or deeper meaning behind signs anymore, Baudrillard considers these signs without referents. Value judgements are rendered pointless by Baudrillard in postmodern America because any value assigned to them has no meaning in the American hyperreality.  This brings a worry of an empty future, one with no real meaning and no real direction. This empty future will only create a continuation of hyperreality as meaning continues to persist as meaningless (Laughey, 2007).

In this hyperreal world, media and its images are dispersed around us, the simulation we then live through is accepted as ‘real’. This reality is inescapable, the media has infected us with lack of meaning restricting our ability to be critical beings. This lack of criticalness has trapped us, we mindlessly consume media, further burying us into hyperreality. Theorists working within hyperreality and simulacra, especially Baudrillard, are concerned with power and control. The mass cannot realize their disadvantages caused by the elite when they exist within this mindless hyperreality. The media, political, economic, and cultural elite use hyperreality and its simulacra to destroy the will of the masses. Ideas of freedom and choice seem to be there, but they only exist in the simulation. Therefore, they have no real meaning. They exist to keep the masses subordinate to the elite, freedom within hyperreality is not freedom at all.

A large part of what constitutes the simulacrum within hyperreality is nonevents. Jean Baudrillard applies this idea of nonevents to war in his book The Gulf War Did Not Take Place. He claims that “the gravity of the non-event in the Gulf is even greater than the event of war” (Baudrillard, 1995). Baudrillard transforms the postmodernist idea of a nonevent into the idea of non-war. He sees everyone as “hostages of media intoxication” (Baudrillard, 1995). We are bombarded by images of war on our screens day by day, and are trapped in this hyperreality as hostage. This directly applies to his overarching ideas of hyperreality and simulacra. Baudrillard also is concerned with the status, meaning, and future of war as it moves from having objective, to having to prove its very existence through its images, he considers this “empty war”. War of excess in which over equipped countries can expend their resources, even human. Baudrillard states that “By the force of the media, this war liberates an exponential mass of stupidity, not the particular stupidity of war, which is considerable, but the professional and functional stupidity of those who pontificate in perpetual commentary on the event” (Baudrillard, 1995). Stupidity therefore is the product of non-war and its media coverage. The elite powers controlling war need stupidity and misinformation to glaze over the entire populous in order for their actions and procedures to be widely accepted.

In a passage of Simulacra and Simulations Baudrillard applies his theory of simulation to Disneyland. Baudrillard found that Disneyland is not a representation of America, but America itself. Disneyland exists only to hide that it, in itself is the ‘real’ America. The imaginary construction of Disneyland exists only to provide false belief that the rest of America itself is ‘real’. The ultimate purpose of Disneyland is to “conceal the fact that the real is no longer real, thus saving the reality principle” (Baudrillard, 1983). It keeps all of America believing that there is a difference between Disneyland and ‘real’ America, therefore keeping reality itself in check. In actuality there is no difference between what is inside and outside the gates of Disneyland. The same simulation that exists within Disneyland is constant throughout America. Baudrillard believes that Disneyland is simply another tool used by the media elite to reinforce hyperreality, it allows reality to exist in the minds of the people, but not in actuality. The belief that something is less real than reality itself reinforces the publics false sense reality. To understand the simulation would be to understand that there is no discernable difference between Disneyland and ‘reality.’

These of course are a simulated experience. The Rainforest Café is a restaurant that sells itself on its simulated rainforest experience, the dining area is draped in foliage, the Orlando location has a fake volcano and waterfall, and even animatronic animals. The Hard Rock Café is entirely centered on music history and culture, you are surrounded by paraphernalia and music videos through your entire meal. The Cracker Barrel restaurant prides itself on its southern theme and menu, and even has its own country store at every location. In fact, all three businesses have gift shops or stores attached to the corresponding restaurants. The unique experience associated with each business is really just ploy to have you pay for both an overpriced meal, and then spend more in their stores. The same way these businesses simulate alternate experiences during their meal to control our spending habits is a small example of how we and our realities overall are constantly controlled through simulations.

The production of hyperreality relies on a lack of connection between reality and its representations, or third order simulation. Take, for example, the idea of colors as flavors. The ideas of flavor and color are produced by two entirely different senses, although many beverages and foods are understood to have different flavors according to their corresponding color. This can be understood as a product of hyperreality. The flavor blue raspberry is an great example because its representation is removed completely the original. Not only has the flavor of raspberry completely changed, but color of the raspberry has changed from the original also. You cannot find blue raspberries in nature, the flavor is a false simulation of what was once understood as raspberry. There is no longer a distinguishable connection between the original therefore, blue raspberry is part of third order simulation, and hyperreality.