Social Gaming is the term used within media studies to describe a style of gaming that involves social interaction among players. Social games are more commonly referred to as Massively Multiplayer Online Games (MMOGs), or games that use the internet to connect tens of thousands of players into one playing platform at any given time simultaneously. This unique trait belonging to only social games, or MMOGs, simply means MMOGs have created virtual worlds that exist outside of one player (Lastowka & Hunter 2004). Furthermore, this allows the particular game or platform to create a virtual world that can be adapted, or changed by other users in real time even when one gamer signs out. This multiplayer open world affect gives players the chance to compete with who they want, or anyone at random whenever. Giving the player a higher motivation to play (Kaye & Bryce 2012) These games can be played on any device including, laptop, tablets, desktop, and gaming consoles. Although, originally released on console system.

First released by Sega on September 10, 1999, in the United States and Canada, (Robinson 1999), the Dreamcast was the first gaming console to incorporate a built-in modem allowing connection to a multiplayer platform through the internet or independent gaming in the same console, just narrowly beating Sony in the release of their console highlighting the same technology.

The first steps to the modern MMOG were the Multiplayer-User Dungeon games (MUDs) being played on the Dreamcast. That later became Multi-User Dimension, then finally Multi-User Domain. These precursors to the Massively Multiplayer Online Games started to combine elements of players playing together and working together to achieve a task, at one time. Although, the games were consisted of codes instead of live feed video. (Muramastsu &Ackerman 1998)

As the MUDs went through their transitions, the games started adding graphics and began to see one of the major identifiers of the modern MMOG, the creation and usage of avatars. Avatars are simulated character identities that gamers use to interact with other gamers. Avatars can be customized and edited to make a unique identity for each gamer within the MMOG. Within modern MMOGs, the difference not only lies within what the avatar looks like, but how the gamer interacts with his or her avatar. How the gamer interacts with the avatar dictates exactly what kind of MMOG the player is participating in. Within the MMOG platform there are two main types of MMOGs and they differ in how the gamer utilizes or controls the avatar. 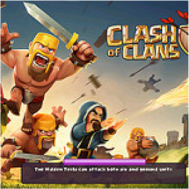 The most popular style of MMOG are the Massively Multiplayer Online Role-Playing Games. Within this type of MMOG the avatar is controlled through a 3rd person point of view. The gamer directs his or her avatar through a virtual world that is already set up, and it is up to the gamer to decide the direction and paths to take within that already set up world. Some role-playing games are created like SIMS, where the gamer is an avatar in a world simulated pretty close to the real world, with jobs, businesses, buying houses and living a free virtual life. While others, such as World of Warcraft, are set in a completely made up world with potions and spells, and emphasizes on survival. Another addition to role-playing style gaming is interacting with multiple different avatars as ‘God’. Not playing as a specific avatar, but building and managing multiple singular non-player avatar. An example would be Clash of Clans, a game that gives the gamer full control of building the layout of buildings, and building armies to compete against other ‘Clans’.

The second most popular style of MMO gaming are the Massively-Multiplayer Online First-Person Shooter Games (MMOFPSGs). In which the player interacts with the avatar in the 1st person point of view. These games comprise of both altered-reality simulated virtual worlds, and the reality simulated such as the Call of Duty series. The Call of Duty series of games puts the gamer in both historical battle settings, all the way to futuristic dystopian battle settings. The series also allows the player to play independently on a predestined track outside of the MMOG platform, or go online and play with hundreds of others within the platform.

Although price varies from game to game, along with payment styles, from buy once to monthly prescriptions. Both styles lay virtual economies to use real world currency to turn into goods and virtual currency to buy upgrades that puts their avatar or civilization above others. (Yoo & Kauffman 2003). The relatively new system of currency exchanging and buying through the games to enhance the players virtual lives through the avatars is what is making the industry grow economically at a rapid pace. The most popular in-game economy is that of non-player character merchants (NCPM) or platform owned mechanical merchants that collects money or tradable goods from players in real time. The evolution of the NCPMs enables players to online gamble in real time with other avatars and players, or gamble directly with the companies through the NCPMs, furthering the growing economy of Social Gaming (White 2008).

White, E. E. (2008.). Massively Multiplayer Online Fraud: Why the Introduction of Real World Law in a Virtual Context Is Good for Everyone. Northwestern Journal of Technology and Intellectual Property,6(2), 1-25. Retrieved from h p://scholarlycommons.law.northwestern.edu/njtip/vol6/iss2/7.