Sketch comedies also known as short comedy skits originated from variety shows which consisted of singing, dancing, and many other forms of entertainment (Campbell, Martin, & Fabos, 2017). Sketch comedies are often played in front of a live studio audience and although they are scripted there are elements of improv in their segments as well (Simons, 2016). Simons (2016) describes the flow of a sketch comedy work as a short piece of content filled with humor, the audience is entertained and then the sketch is over. The ability to enjoy the work, then move on with life it what easily attracts viewers.

Sketch comedies have been shown on various networks and channels. Comedy Central serves as a channel that has provided audiences with fan favorites like Key and Peele (2012-2015), and Inside Amy Schumer (2013-2016) (Campbell et al., 2017). To this day NBC network has aired Saturday Night Live (SNL) since 1975 (Weingarten et al., 2015). Celebrity guest appearances are frequent and provide iconic and memorable moments on SNL sketches. Cartoon Network’s Adult Swim has also provided sketch comedies. From 2012 to 2014 Adult swim aired Loiter Squad, a show featuring rappers and skateboarders like Tyler The Creator and Earl Sweatshirt. Adult Swim also provides an example of animated sketch comedies like Robot Chicken (2005-2018), where different groups of characters of various animations who have segments of their own sketches are put together to make an episode. Nickelodeon aired The Amanda Show (1998-2002), a sketch comedy show aimed for children that casted young actors who later took roles in other works like Amanda Bynes and Josh Peck (Weingarten et al., 2015). 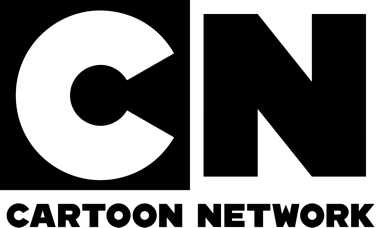 Individuals who have been involved in sketch comedies have furthered their career in different areas as well. While Tyler The Creator and Earl Sweatshirt have advanced in their musical career and Amanda Bynes and Josh Peck continued to act (Weingarten et al., 2015), others like Harold Ramis from SCTV and Bob Odenkirk from Mr. Show with Bob and David have proceeded to direct and write films as well (Mazillo, 2017). Their experience with sketch comedies allowed these directors to portray artistic freedom in films that have produced free flowing and entertaining content audiences can admire and remember (Mazillo, 2017).

If this trend continues, there is a chance that audiences will choose to use fourth screens like smartphones instead of watching sketch comedy shows on television (Campbell et al., 2017). Subscription streaming platforms like Hulu and Netflix, who even produce their own sketch comedies might make this change easier. However, because individuals by nature have multiple interests, it might be possible that television and the internet will continue to make content and audiences will find their niches in each source (Campbell et al., 2017).

Mazillo. A., (2017, August 18). The influence on sketch comedy experience on film directing.

Image Attribution: The images used in this post are in the Public Domain