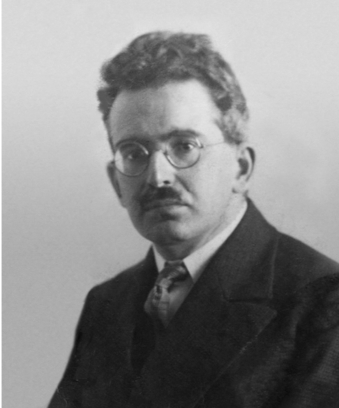 Walter Benjamin was a prominent German cultural critic and philosopher of the Frankfurt School. Benjamin was born on July 15th, 1892 in Berlin, Germany to an upper-middle-class Jewish family. In his youth, Benjamin became interested in culture and anti-authoritarianism. He attended the Friedrich-Wilhelm Gymnasium, a prestigious secondary school, and later joined the German Youth Movement. After avoiding World War I by pretending to have a back injury, Benjamin went on to continue his studies around Germany. Benjamin’s studies took him to Bern, Switzerland where he studied philosophy. In Bern, Benjamin became interested in Zionism and fell under the influence of existential and Marxist philosophers Martin Buber and Ernst Bloch. In 1917, Benjamin married Dora Pollak, who gave birth to their only child later that year. Three years later, Benjamin completed his doctoral dissertation on the concept of art criticism in German Romanticism (Bland, 2013).

Following his studies in Bern, Benjamin moved back to Berlin to start his professional career. After submitting a manuscript for a teaching position at the University of Frankfurt, Benjamin realized that his radical opinions and arguments would not be received well and withdrew his application. Unemployment, coupled with the end of his

marriage led Benjamin to pursue a career as a freelance scholar. When the Nazis invaded Germany, Benjamin fled to Paris, France where he continued to write and publish his work. As the Nazis moved into France, Benjamin continued south, finding himself in Port Bau, Spain. Thinking the Nazis had discovered him, Benjamin committed suicide and died on September 26th, 1940.

It was not until after he died that Walter Benjamin’s contributions to literary theory, criticism, materialism, and aesthetics were fully appreciated. In his lifetime he published a number of literary works and essays, many of which are considered to be highly influential.

Some of Walter Benjamin’s works include:

Benjamin’s wrote about a variety of topics including children’s books, toys, gambling, folk art, the art of the mentally ill, film, and the illustrated press (Jennings, 2004). In one of his most popular works, “The Work of Art in the Age of Mechanical Reproduction,” Benjamin discusses the effects of mechanical reproduction on the originality of art. Further, he observes the cultural implications that come with accessibility and the creation of mass media. He argues that, while manual reproduction is sacred and ritualistic, mechanical reproduction can exist in spaces that the original cannot (Benjamin, 1968).