War of the Worlds

War of the Worlds is an 1898 science fiction novel written by British author, Herbert George Wells otherwise known as, H. G. Wells (Hume, 1983). This book contains a fictional plotline of a war between mankind and the extraterrestrial race of Martians. H. G. Wells was born and raised in the city of Bromley, Kent, England in 1866 (Hume, 1983). His novel, War of the Worlds was written in the early years of his writing career where he also wrote many others considered to be scientific-novels such as, The Time Machine, The Island of Doctor Moreau, Under the Knife and The Invisible Man (Hume, 1983).

Many years later, a man named Orson Welles broadcasted a radio play adaptation of War of the Worlds. First, Orson Welles is an American producer that specialized in theater and the medium of radio (Campbell, Martin, Fabos, 2017: 153). He produced many popular series in which he also acted in as the main characters. 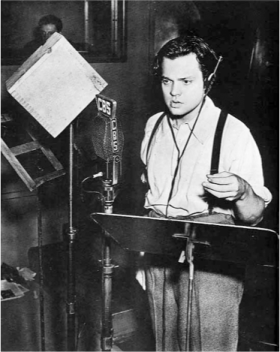 On October 31, 1938, Orson Welles produced and broadcasted War of the Worlds on the national radio. During this time, radios were the most popular medium as they were easily accessible and were more affordable for the average American family as compared to a television set. Orson Welles aired this adaptation of the late H. G. Wells’ scientific novel in the style of radio news (Campbell, Martin, Fabos, 2017: 153). An important note of the opening disclaimer was given prior to the airing of the radio play. However, many people that night missed this essential piece of information. In effect, this led to the mass chaos of people panicking in the whole eastern coast of the United States (Campbell, Martin, Fabos, 2017: 153). Some people reported to the major authorities about an extraterrestrial invasion that was currently taking place, while others hurried to nearby shelters in order to protect themselves of what they thought was to come.

Josh Shepperd (2013) explores the invasion of media studies based on the event that took place with Orson Welles’ radio play adaptation. Throughout his research he states, “WOTW turns out to be the subject of the first major commissioned analysis of audience reception that helped to legitimate the reliability of public policy research” (para. 1). This goes back to the issues that educational broadcasters faced in the 1930s, which they were being restrained by the Communications Act of 1934. This act was limiting them in a way as it forbade them from broadcasting any form of news as their products were being deemed un-educational.

In the textbook Media & Culture: Mass Communication in a Digital Age 11th Edition, the authors give explicit and thorough information on the history of what happened during the War of the Worlds radio play and the chaos it caused along with it. There is more emphasis on Orson Welles as he faced tremendous backlash and a tarnished reputation due to what had happened.

However, due to the amount of publicity he received, he was able to use this to launch his career as a film director. On the other hand, the Federal Communications Commission (FCC) had begun putting much stricter restraints for warnings, both before, during and after programs air on the radio.

Shepperd, J. (2013). From Mercury to Mars: War of the Worlds and the Invasion of Media Studies from Antenna. Sounding Out!: The Sound Studies Blog.

Image Attribution: The images used in this post is in the Public Domain