Work of Art in the Age of Mechanical Reproduction

Walter Benjamin is an important critical theorist and philosopher. He argued that technological developments permitted works of art to be reproduced in a way that altered the masses experience of art, films, and theatrical productions. Art has always been reproducible, but mechanical reproduction has allowed for a complete reworking of the understanding of reproduction itself. Benjamin published his theory on the mechanical reproduction of art in 1936, and formed the basis of understanding art in a technologically based world. Benjamin explored how technological reproductions altered the perception of photographs and art, and concluded that the ability to reproduce an image created a lack of originality and understanding. He believed that the mass reproduction of art, created a total loss of experience for the viewer, since a digital reproduction could only be seen as a visual representation, with no historical context. Benjamin argued that technology is changing art in a way that alters societies’ perception of what is considered to be reality within the art and social world.

From a historical context, in order to recreate a work of art, another artist had to make a reproduction. Benjamin believed that this was different because it wasn’t a mechanical reproduction, but rather another artist’s original work. This allowed for the creation of a separate work from the original, because of the artist’s own individual stylistic choices. Benjamin found that art has always been reproducible through history, but technology has allowed reproduction to create controversy on artistic authenticity. Opening up art as reproduction allows for instantaneous access to art, and promotes art as a visual experience, but the historical context of a work becomes lost through time. Benjamin found that the unique existence of a work of art is determined by history, and the viewer can only truly experience a work of art through the understanding of its historical context. He believed that authenticity couldn’t be reproduced, but when original art is reproduced, the original loses a part of its own authenticity and aura, since it is no longer unique. He found uniqueness and permanence to be closely linked to one another, but through mechanical reproduction both are lost. Benjamin expressed that the aura of a work of art is its total uniqueness within time and space, and this becomes distant when it is altered through reproduction, since the reproduction outlives the original work.

Benjamin believed that art reproduction was directed towards political goals rather than towards creating an understanding of art itself. The artist’s mark is effectively erased through art reproduction, resulting in a total detachment of personal connection. Everything within the art world is goal oriented towards consumer culture, where art has been positioned as a commodity rather than an experience. Benjamin differentiated between the idea of reproduction and forgery, and concluded that forgeries could still be considered original in some context, since they were created by an actual artist, rather than experienced indefinitely as a digital copy. He found that the more art is reproduced, the more the actual meaning of the work begins to disappear. When art is reproduced the public is left with a visual representation that becomes nothing more than a reproducible commodity. Benjamin argued that an art piece could only be truly present within space in time, if it is an original that hasn’t been experienced as a reproduction.

Benjamin believed that technology created a world where an art replica and original are indistinguishable from one another, because the experience has become based solely on a visual representation. He also examined the relationship of understanding how the mass audience appreciates art, and found that through the advancements of technology, art has become something that is only appreciated for its aesthetic view. Technology allows for the development of new forms of art such as film and photography, which led to art being focused merely on popular culture. 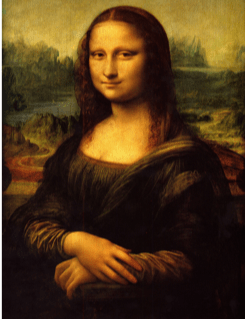 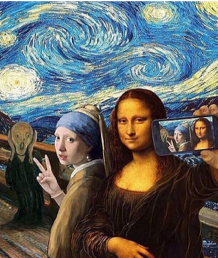 Benjamin found that photography and film completely transformed art and ended traditional aesthetics. He believed that the experience of art becomes rooted only in the present, since replicas and original works of art can’t be understood as a separate entity anymore. He found that technology allowed for the constant modification of a work of art, which began to focus on quantity over quality for the benefit of consumer culture. When art reproduction is constantly altered there becomes no real state of permanence for a work of art, but rather a continuous instability of never being able to appreciate an original for its uniqueness. 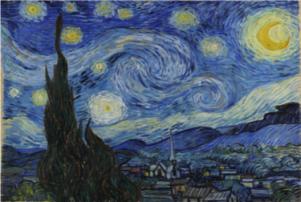 Both Van Gogh’s The Starry Night (1889) and Leonardo da Vinci’s Mona Lisa (1503-1506) are two examples of historical art pieces that have been transformed into commodities through the advancement of technology and the media. Both of these paintings can be identified by the masses of society, but only as a visual representation, since most of the viewers are lacking in the knowledge of the historical background on the subjects. The masses have developed a feeling of being cultured because of the ability to identify a particular art piece. To most members of society these works of art have become nothing more than another image. Art reproduction reinforces the idea of living in a simulation by taking away the historic background of artists and their work. When these pieces are viewed in person they no longer have significance in time or space, because they aren’t appreciated as an original. The commercialization of art has allowed there to be no differentiation between an original work of art and a copy.

The Starry Night (1889) reproduction on a mug

Both of these works have become icons of mass consumption. Van Gogh’s The Starry Night (1889) and Leonardo da Vinci’s Mona Lisa (1503-1506) have been manipulated into a new form of art that can constantly be reworked and reimagined through photographic reproduction and the media. Reproducing these works of art takes away artistic ownership, and reproduced images are allowed to outlive the original through time. Technology has allowed the media to commercialize art as a commodity rather than focus on the importance of experiencing the artwork.

Benjamin argued that the loss of the aura isn’t necessarily bad or good, but rather it opens up the ability to question how reproducing art is politicized as a commodity He believed that photography was merely a way of documentation, which destroyed the aura of an original work, as well as the tangible experience between viewer and art. He found that the masses bought consumer products containing art replications in order to feel cultured within society, but their understanding of art was only visual. Benjamin found that members of society were reinforcing simulation by experiencing art in a passive way that had no basis in its historical nature.

A traditional work of art is considered unique and valued because of its exclusivity, but once a work is duplicated its aura is lost. Benjamin argued that photographs have no aura, and take away the identity of an artist, where an artist’s unique touch ceases to exist, resulting in a loss of cultural context. The immense quantity of reproduced art has created mass engagement of the public, but the public has a limited understanding of the context of a work. The reproduction of art has become a diversion, but art requires direct attention and concentration. Today more than ever, art has a basis as merely a visual representation, where the audience no longer relates to the historical side of a work of art. Benjamin concluded that the experience of art needs to be participatory and interactive, but through reproduction there becomes no interaction, and the simulation of societies’ false reality becomes reinforced.